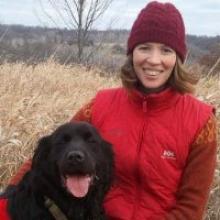 Anna Rue is Associate Director of CSUMC after serving as a Community Curator at the Center with the Sustaining Scandinavian Folk Arts in the Upper Midwest Project. She holds a Master’s in American Studies from the UMass-Boston and a Master’s and Ph.D. in Scandinavian Studies and Folklore from UW-Madison. Rue teaches courses relating to fieldwork, public folklore, and Scandinavian American and Upper Midwestern cultures. In addition, she researches Norwegian American communities in the region, focusing in particular on musical traditions, identity, immigration, and cultural preservation.