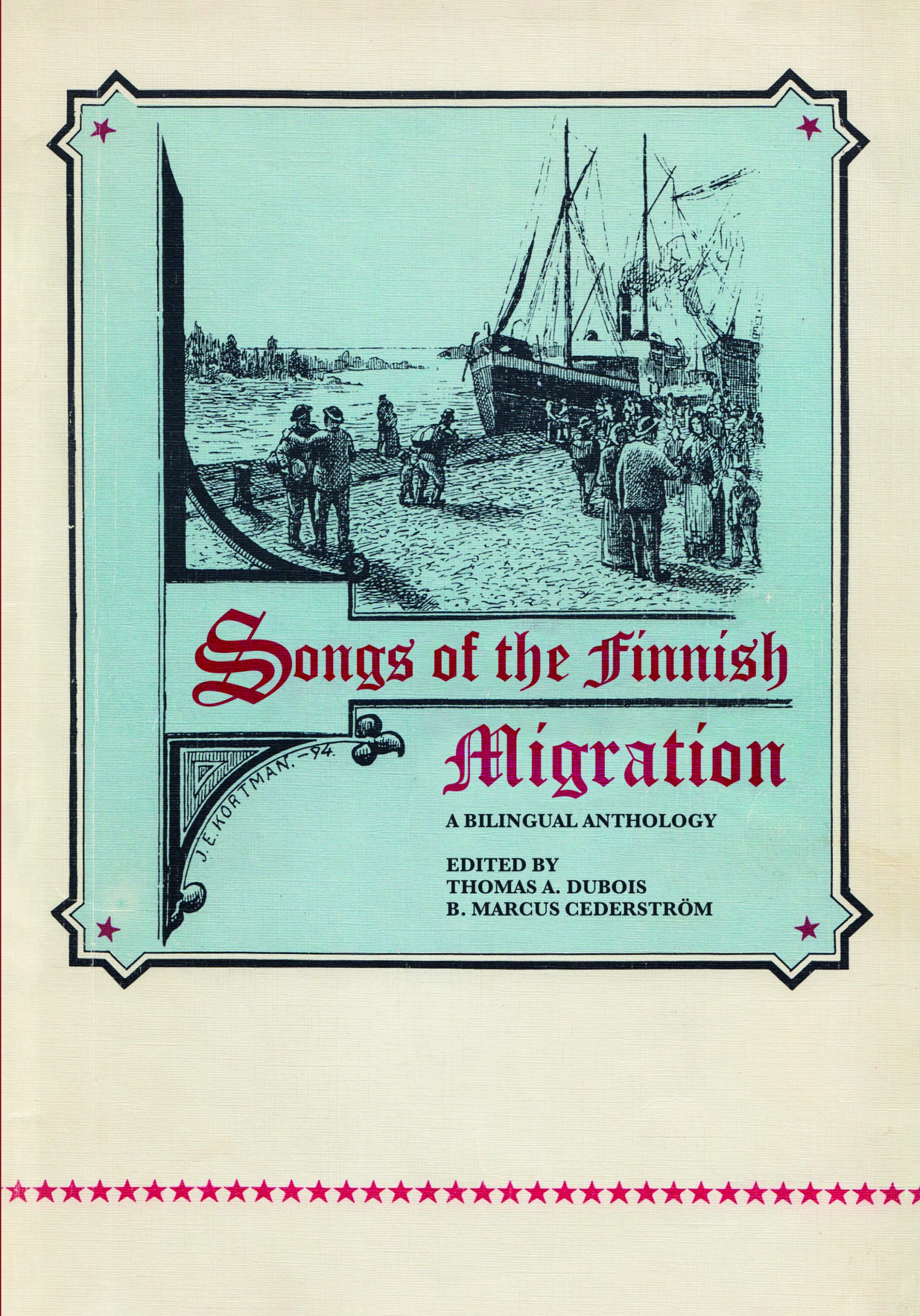 Westerholm, S., , and . Songs of the Finnish Migration: A Bilingual Anthology.

Songs of the Finnish Migration presents music, lyrics, and chords for more than eighty Finnish-language immigrant songs, alongside singable English translations and detailed notes on Finnish migration history and music making in the New World. At times boisterous and confident, wry and irreverent, or impassioned and sorrowful, Finnish immigrant songs provide a vivid and imaginative portrayal of the momentous process of migration that forever changed Finnish and Finnish American society.

The current volume expands upon Simo Westerholm’s 1983 groundbreaking collection Reisaavaisen laulu Amerikkaan: Siirtolaislauluja, which drew from archival sources, manuscripts, sound recordings, and a wide array of published songbooks to recover the musical culture of the more than 300,000 Finnish immigrants who traveled to North America to try their luck in the New World.

Thomas A. DuBois is the Halls-Bascom Professor of Scandinavian Studies, Folklore, and Religious Studies at the University of Wisconsin–Madison. B. Marcus Cederström is a public folklorist working at the University of Wisconsin–Madison as the community curator of Nordic-American folklore. Hilary-Joy Virtanen is an assistant professor of Finnish and Nordic Studies at Finlandia University.